WAR AND RUMORS OF WAR 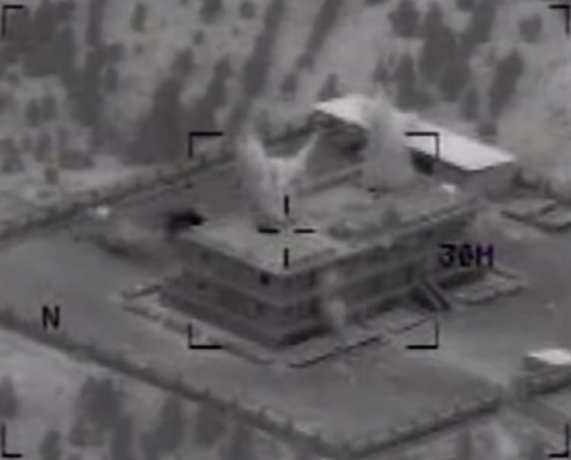 WAR AND RUMORS OF WAR

War and Rumors of War presents the history of American foreign and security policy over the last three decades in an interactive sound installation. As visitors move around the gallery, they trigger trip-beam motion detectors, thereby unleashing historical audio samples drawn from addresses to the nation, congressional hearings, military and intelligence briefings, and other publicly-available, declassified sources. A variety of different computer algorithms driving the installation offer visitors distinct experiences of history that are determined in large part by visitors’ own movements through the gallery. At times, visitors may simultaneously hear speeches on Iraq from a diverse array of US presidencies; at other times, they may need physically to pursue a single voice around the gallery to prevent that voice from falling silent. Visitors may engage the installation in a variety of different ways, paralleling different modes and degrees of citizen engagement in contemporary politics.

Eric Dickson (1975 Los Angeles) is an American social scientist and installation artist who lives and works in New York City. Originally trained as a theoretical physicist, he has been a professor of politics at New York University since 2003, with secondary affiliations in NYU’s social psychology and experimental economics groups. He has also taught political theater at NYU. His work as an academic engages fundamental questions about political society and institutions from both strategic and psychological perspectives: why are some authorities seen as legitimate, while others are not? why do citizens believe the things that they believe about the (political) world around them? His work as an artist explores the frontiers between storytelling and installation art, embracing literary, technical, and site-specific challenges: broadcasting fragmentary tales of an epic desert journey from antique wardrobes dispersed around square miles of a real desert; developing a unique soundscape blending first-person narrations of dreams with scripted dreams constructed from recycled parts; presenting an audio installation consisting of narratives ambiguously describing the end of a relationship or the fall of a republic, interspersed with unpredictable interventions by live actors. His installations often involve interactive components, and transform visitors’ perceptions of space around them: galleries, open deserts, desolate streets along a derelict canal.