NAMING THE LINE BETWEEN 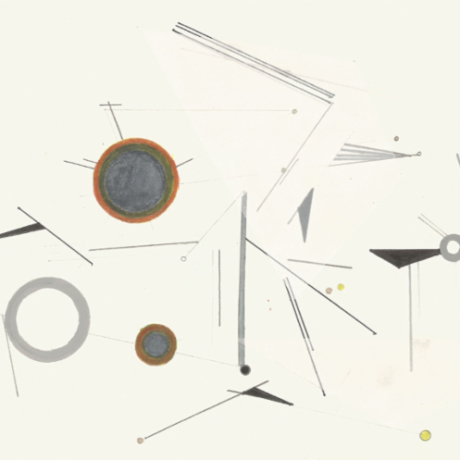 NAMING THE LINE BETWEEN

Seed Space is thrilled to present Naming the Line Between, an exhibition of animations and drawings by Dannielle Tegeder February 25 through April 13.

Tegeder was born in Peekskill, NY and currently resides in Brooklyn, New York where she maintains a studio at The Elizabeth Foundation in Manhattan. She received a BFA from the State University of New York at Purchase and an MFA in Painting and Drawing from The School of The Art Institute of Chicago. For the past fifteen years, Tegeder's work has explored abstraction. While the core of her work is paintings and drawings, she has recently begun to include large-scale installation, sculptural objects, video, sound, and animation. Tegeder's work has been presented in over 100 gallery exhibitions, both nationally and internationally in Paris, Houston, Los Angeles, Berlin, Chicago, and New York. She has participated in numerous institution exhibitions including PS1/MOMA, The New Museum, The Brooklyn Museum of Art in New York, and Museum of Contemporary Art in Chicago. Several of her drawings have recently been purchased as part of the Contemporary Drawing Collection at the Museum of Modern Art, and her work is in the permanent collections of The Museum of Contemporary Art in Chicago, and The Weatherspoon Museum of Art in Greensboro, NC. Tegeder has held three full time university positions at Cornell University, SUNY Purchase, and the City University of New York at Lehman College where she is now an Associate Professor of Art.